Jason Byrne has been On His Marks since March 2020. Now he’s set and ready to explode onto the stage. “The Outright King Of Live Comedy” (The Times) is ready to take back and carefully disinfect his crown.

How can one man’s life continue to fall apart while he is essentially locked in his own house? This hilarious brand new show see’s Jason attempt to make sense of the year in which his life officially became a sitcom script. He’s absolutely bursting for a chat. Are you up for it, cause Ready Or Not Here He Comes.

“There is nobody else on the planet who makes me laugh like that. Your world will be a better place after seeing Jason live”. – The Newcastle Chronicle. 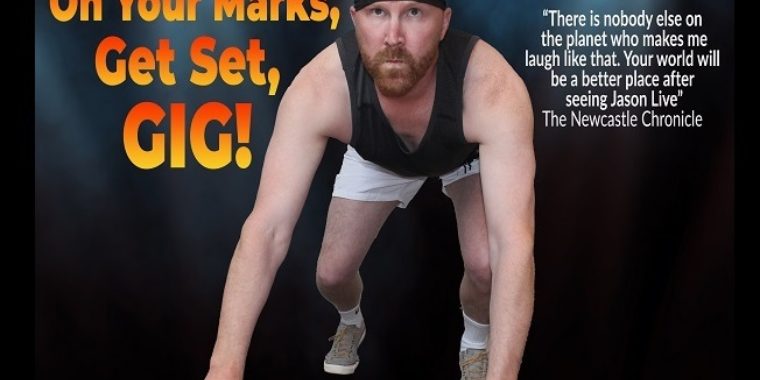 We use cookies to ensure that we give you the best experience on our website. If you continue to use this site we will assume that you are happy with it.
By clicking “Accept”, you consent to the use of ALL the cookies.

But opting out of some of these cookies may have an effect on your browsing experience.
Necessary Always Enabled
Necessary cookies are absolutely essential for the website to function properly. This category only includes cookies that ensures basic functionalities and security features of the website. These cookies do not store any personal information.
Non Necessary
Any cookies that may not be particularly necessary for the website to function and is used specifically to collect user personal data via analytics, ads, other embedded contents are termed as non-necessary cookies. It is mandatory to procure user consent prior to running these cookies on your website.
Other
No description
Save & Accept